Abdelkrim Araar is the longest-serving PEP resource person and continues to mentor and advise researchers with PEP.

The success of PEP has been a collective effort. In recognition, this is the first in a series of articles spotlighting the dedicated people who have contributed to PEP's development and how their contributions have enabled us to support locally-led development in the Global South for 20 years.

Abdelkrim Araar is the longest-serving PEP resource person, dating back to PEP’s predecessor program, Micro Impacts for Macro and Adjustment Policies (MIMAP), in the late 1990s.

The invaluable contributions and ongoing mentoring he has provided to PEP researchers have made a significant contribution to the organization's success. 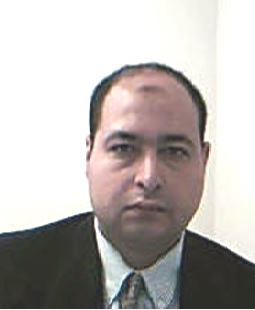 "PEP was initially an idea and a firm conviction of the possibility of its realization and its success. The philosophy on which the PEP network was built has its origins in the accumulated expertise of former North-South research cooperation programs, such as the PARADIS program, the MIMAP program, and the other programs, largely supported and funded by IDRC.

Even if the geographical scope and the forms of cooperation have thus evolved over time with the PEP network, the main objective remains the same—to strengthen the partnership and the involvement of researchers from the South in the design of efficient economic policies."

‣ ‣ Become a part of our  Call to Action  to increase the participation of Southern researchers in economic development debates. We aim to bring global attention to this issue through our growing list of signatures. Please join us by adding your name and sharing our campaign with your network.