A team of local PEP researchers held a national policy conference to call programs to improve cashew producers’ access to market information that can increase their sales.

October 8, 2021 – A team of local PEP researchers held a national policy conference to share their recommendations for increasing the sales and incomes of cashew producers in Guinea-Bissau.

The team brought together more than 20 policy stakeholders and advisors, academics, and representatives of civil society and the media. The key policy stakeholders in attendance were advisors to the Ministries of Finance and of Trade, the President of the National Farmers’ Association (ANAG), and a director at the National Cashew Regulatory Agency (ANCA).

The team explained how the government’s reference price policy does not evolve with changes to the international market meaning that producers often unwittingly forgo the opportunity to earn higher revenues. This is a particular problem because cashew nut production and commercialization is the main income source for a large portion of Guinea-Bissau’s population and represents more than 90% of the country's annual exports.

The researchers described their experiment and showed how producers who had free weekly access to the n'kalômarket information service (via voice messages) were able to increase their revenues by over 20%. The project team recommended expanding the n'kalô service throughout the country and promoting it to encourage uptake. They provided suggestions for how the service can become sustainable and ensure its reliability.

The recommendations were very well-received by those present who agreed that the findings would be useful for informing efforts to increase cashew producer revenues. The President of ANAG expressed interest in helping to provide market information on a variety of products, and to help in marketing the n’kalô service. Similarly, the representative of the ANCA stated that the agency would maintain its support for the service.

A policy advisor to the Ministry of Trade congratulated the team for their work and stated that it is well-positioned to inform the policymaking process.

Looking forward, a representative of the Cámara de Comêrcio, Industria, Artesanato e Serviços (Chamber of Commerce) was impressed by the quality of the impact evaluation project and showed a willingness to collaborate on a study looking at ways to diversify the national economy away from raw cashew nuts. Similarly, National Institute for Studies and Research (INEP) is seeking opportunities to partner with the team for future socioeconomic studies.

Journalists from Rádio Jovem and Rádio Sol Mansi—both national stations—reported on the event, raising the profile of the team’s results and recommendations among the general public.

The research team organized the event with financial and advisory support from PEP. 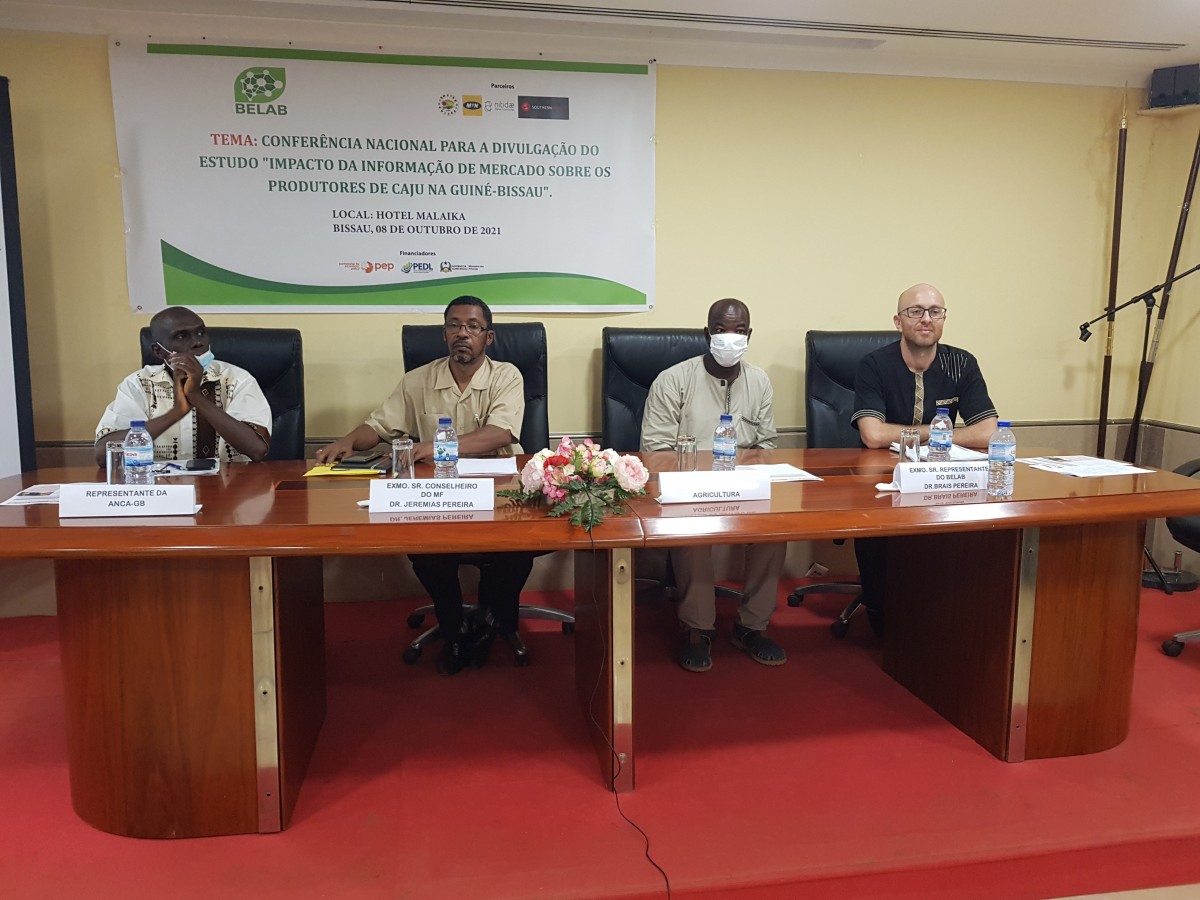